It was quite a weekend for those Ironman fans. There was some fantastic racing in Kona with out standing performances in the pro race by Sebastian Kienle and Mirinda Carfrae as well as Kona newcomers Jan Frodeno and Daniela Ryf. LFTC’s own Gail Wilkinson, our first Kona qualifier, finished 48th in her division in a time of 11:53:26. Great work Gail! 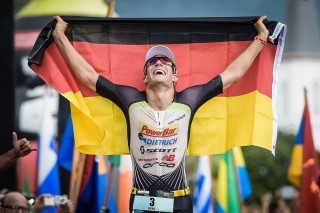 LFTC also has it’s first national champion! Hannah Troop won her division at the British Age-Group Duathlon Championships. Not bad considering it wasn’t that long ago that she was knocked off her bike and spent a night in hospital. Hannah spanked the first run with an awesome 38:54 for 10km and then turned the frustration that built during the bike, due to the suspect tactics used by some athletes, into something positive in T2 and the second run. She ripped through T2 in 31sec and then put 2mins into her competitors over the next 5km. Gold!

Finally, the Norseman Xtreme Traithlon video is out for 2014! Always my favourite triathlon video each year. The race just looks incredible, brutally tough, but absolutely incredible scenery. I would love to support anyone who wants to give it a go. Anyone up for it? Enrollments open October 29th! See you later in the week, Tim (LFTC Coach).