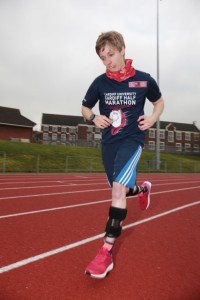 If you ever need to talk to someone for inspiration Fran Brown should be your first port of call. A physiotherapist by day and para-triathlete every other spare hour, Fran is an incomplete tetraplegic, having suffered a spinal chord injury leaving her with weakness in her legs and limited hand function. Not that anything was going to stop her, Fran caught the triathlon bug 4 years ago and pursued it as a means of cross training whilst competing internationally as a para-climber. She started off with a handcycle and racing wheelchair but progressed to riding a normal bike with leg braces which she now runs with as well.

Despite all of this, Fran competes mostly in able bodied events and won the PT2 class at the British Triathlon Championships at Tri Liverpool last year. She’s participated in various other sprint distance events, but that wasn’t enough! Setting her sights a little further, she also completed the Isoman Half (5.2km swim, 50km bike, 21.1km run).

It’s clear that Fran has big dreams and a strong future in Triathlon, with her hopes set on making it onto the GB Paratriathlon Talent Squad in 2017. Her ultimate goals is to represent her country at the 2020 Tokyo Paralympics and back in February made the first steps towards this, receiving her invitation to attend a #Tri4Tokyo Talent ID Camp, which has only spurred her on to getting her place on Team GB. Here is her account of a pretty phenomenal weekend! 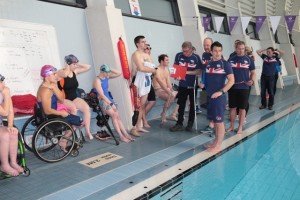 “Back at the start of February I was lucky enough to be invited to attend a British Para triathlon #Tri4Tokyo talent ID camp.  Having raced as a Para triathlete in 2016 doing local races such as the London Tri and the British Para triathlon Championships I had some idea of what I needed to improve on to try to catch the selectors eye at the camp. My winter training went great and so it was that I found myself in Loughborough alongside a host of other disabled triathletes at the selection weekend.

Sessions over the two days at the Para triathlon base at Loughborough University included swim testing, run testing and cycle power testing as well as a strength and conditioning session in the gym. These performance testing sessions were augmented by a variety of informative talks and information sessions designed to help new athletes understand the sport better and to give an overview of what being part of the talent squad could involve. 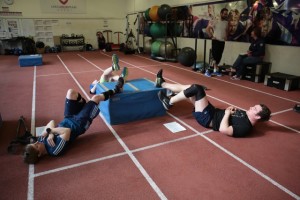 An important part of Para triathlon is classification, the process by which athletes are placed into sport classes so they compete against athletes with a similar level of impairment. I was classified in 2016 but a new amended system has been introduced in 2017 to further the fairness of competition meaning I had the opportunity to be reclassified at this camp.

The camp was really informative and although I was nervous for the testing sessions wanting to put in a good performance after my winter training, I found the environment was supportive and made the sessions enjoyable as well as physically tough. I enjoyed meeting other Para triathletes, I have never met athletes in the same classification as myself before so it was good to learn from them and compare thoughts about equipment and training.

Overall the weekend was a great learning opportunity and allowed a small insight into the support which could be earnt if you train hard enough. My winter training appears to have paid off as I have been invited back for a confirmation camp in two weeks time!”